Not Just Academic: How to Bring People to Life

Making people come alive for the camera isn’t easy. Often they are self conscious and tense, which is perfectly understandable.

Most of us neither look like models nor have the model’s skill of “being on” when the shutter clicks. You have to work to get the image. 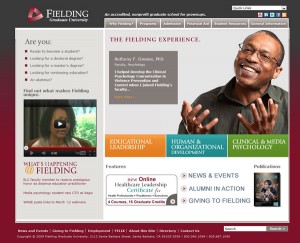 Fielding Graduate University is a distributed learning institution based in Santa Barbara, California that extends far and wide across the country.

I was hired to photograph members of their faculty for their redesigned website, which was spotlighting key faculty members.

The project took place over two years and in multiple locations. 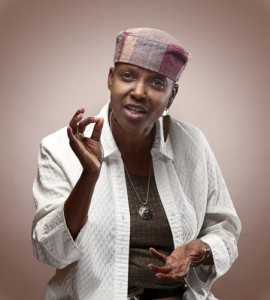 I wanted each photograph to grab the viewer’s attention, almost as if the person were alive and looking at you from the web page.

The way I did it was to create a lighting scheme that was bright (always good for the web) and flexible enough that the subject could move around and not create distracting shadows or other problems.

Academics are idea people. So to capture them being natural, just ask them about their academic discipline. And let them talk.

Encourage them to be demonstrative. If they naturally talked with their hands, I’d get them to do so. And to keep them making eye contact with the lens,not me.

You get plenty of spoiled frames — eyes closed, mouth at a funny angle and so on. But if you keep at it you can capture some portraits with plenty of life.

One evening I was photographing a Fielding event in a hotel when lady from Boston asked what I was doing. When I told her she said, “Did you shoot those web pictures?”

She said that in a friendly way, so I admitted that I had.

She went on to explain that she had been shopping  for a graduate program via the web and when she got to Fielding’s website, the photos made her stop and dig deeper. “It’s like those people were alive, looking right at me.”

I wanted to hug her, but I didn’t. I’m a professional.