Beating the heat, getting some shots 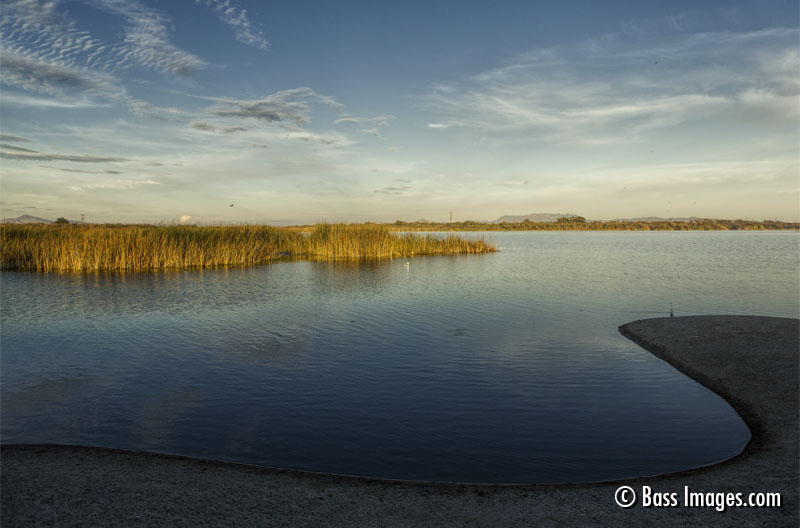 After four weeks with temperatures never reaching 80 degrees in Thousand Oaks, the heat arrived with a vengeance last week. My thermometer topped out at 97 one day.

When that happens, the west county, just 25 minutes away, offers cool relief. So last week, after finishing a photo shoot in Ventura, I decided to take the slowest, coolest route home. That meant heading south on Harbor Blvd. all the way to Oxnard, then cutting inland. 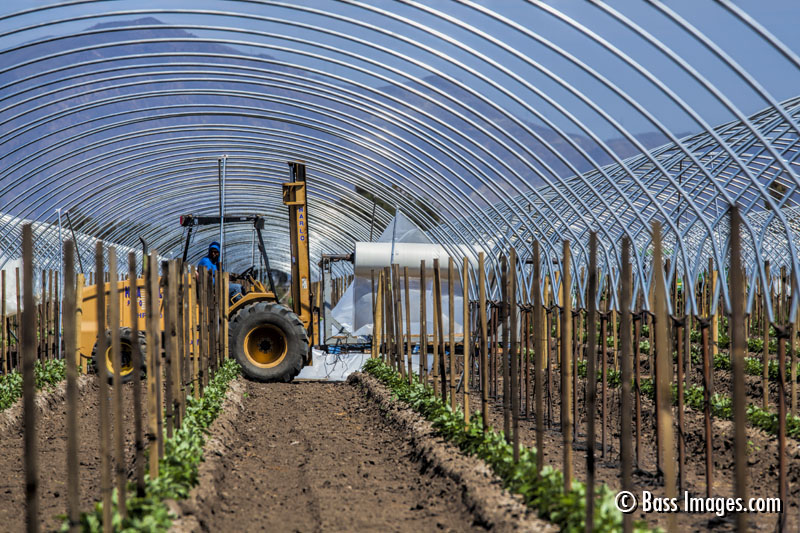 I passed a farm field in the process of setting up the white shade cloth that’s becoming more common. Photographers are suckers for geometric forms and I’ve shot the hoops dozens of times. On this day, the sun was so bright and the metal so clean and reflective, I couldn’t pass them up. When I pulled over, I realized the farm hands were in the process of adding the white plastic covering, and I was lucky enough to grab this shot.

My wife and I returned later to enjoy the beach at Ventura Harbor. The image above shows a lagoon formed by the Santa Clara river. Out of the shot, and to the right, is the ocean, separated by 30-50 yards of sand depending on the tides.

An interesting thing: across the lagoon is McGrath State Beach. It was renovated a couple years back, but then completely submerged until recently because of our drought. What?! you say. Yes, drought caused the park to be under water.

Here’s the story: in normal rain seasons, the river’s water level rises enough to spill into the ocean. But that didn’t happen, even as Ventura’s treated waste water was emptied into the river, raising the level enough to flood the campground but not enough to spill over.

The state could have bulldozed a channel and let water escape, but didn’t because of concern over various animals living in the lagoon. 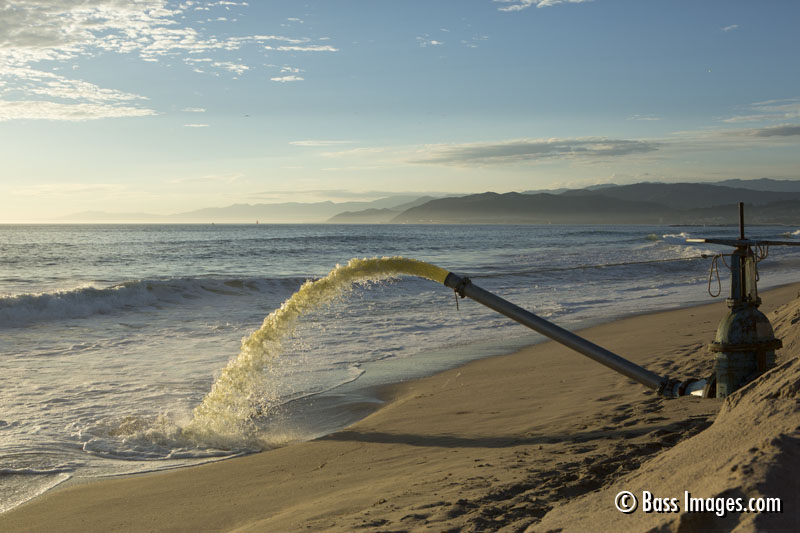 The solution was to pump. A netted off area was established in the lagoon and water drawn from there. See below. 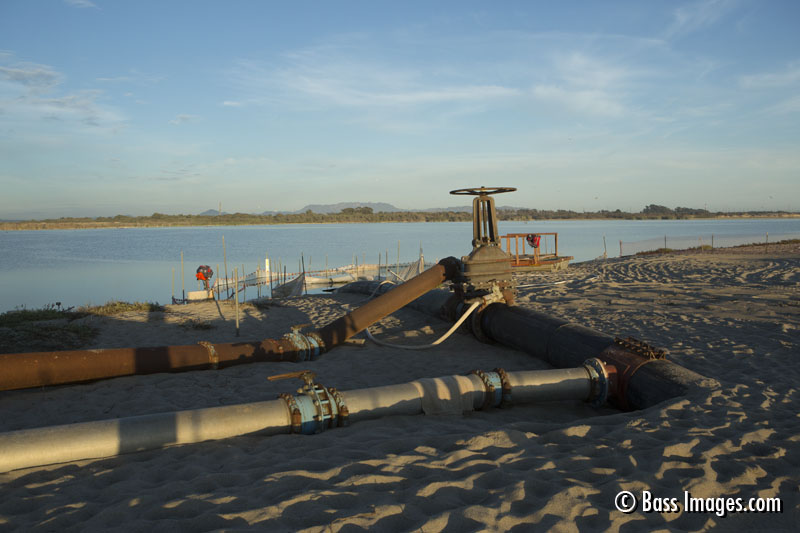 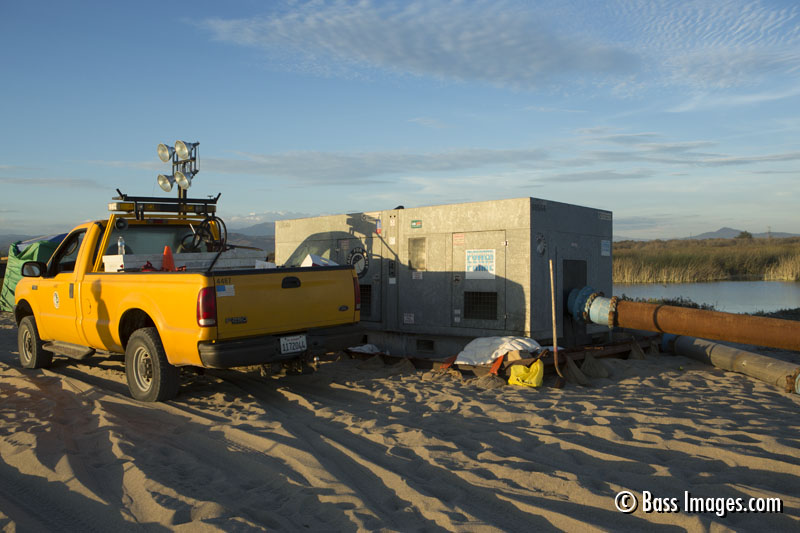 McGrath State Beach is now dry, but looking a bit beat up. It opened for the Labor Day Weekend, but will close again for repairs.

One final shot, taken as we walked back from the lagoon. 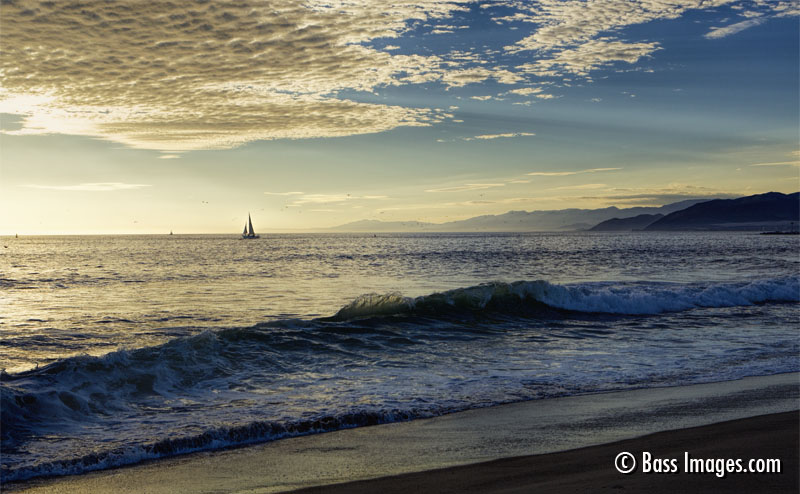