Fitting a “square peg” into a rectangular “hole” 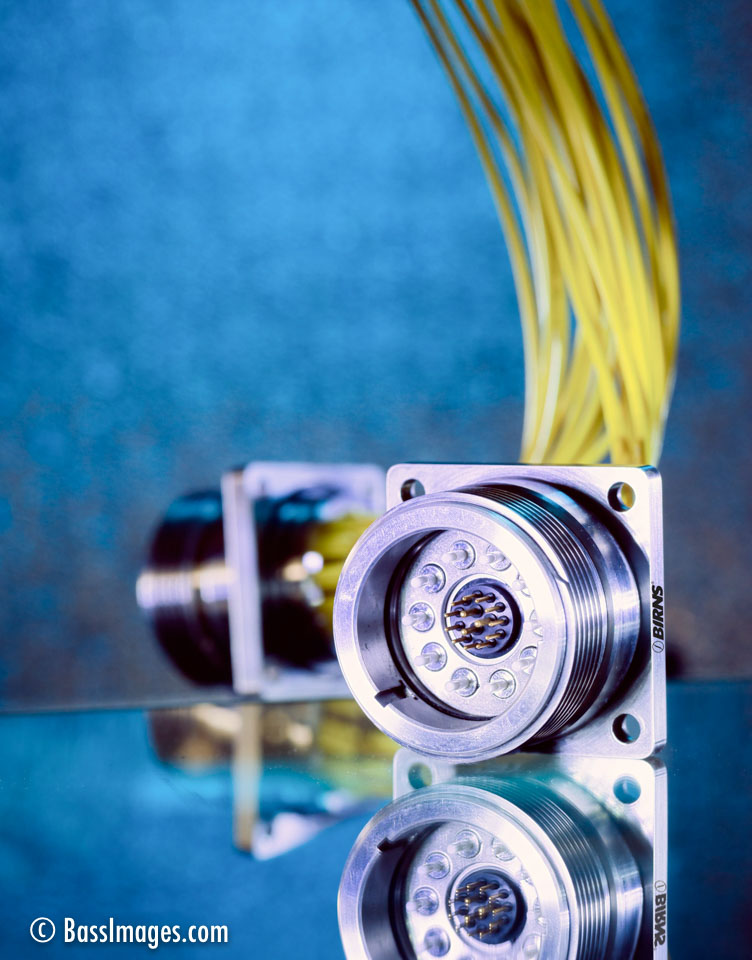 How do you photograph an essentially square object so that it looks good on a vertical magazine cover? Let’s reflect on that.

The challenge came from Amy Brown, director of communications for Birns Inc, a longtime client that manufactures high-tech products for the marine and nuclear industries.

The subject was their Millennium Connector, some cool tech that combines both electrical and optical connections.

Two things about the image:

I had shot this before, both as a plain “documentary” image that engineers want to see (“Just the facts, ma’am”) and another jazzier version with dramatic lighting and star effects.

My solution to the composition was to double the image height by shooting it on a reflective surface. A second reflection from a mirror behind would add to the width. The yellow cable rising up would add more height.

Then came the fun part. When the color doesn’t have to be representative, I can use just about anything to light it. So I used a set of small LED lights I mostly employ as accent lights when photographing swimming pools at dusk.

Here’s a shot of the setup.

The rest was toning in Photoshop. 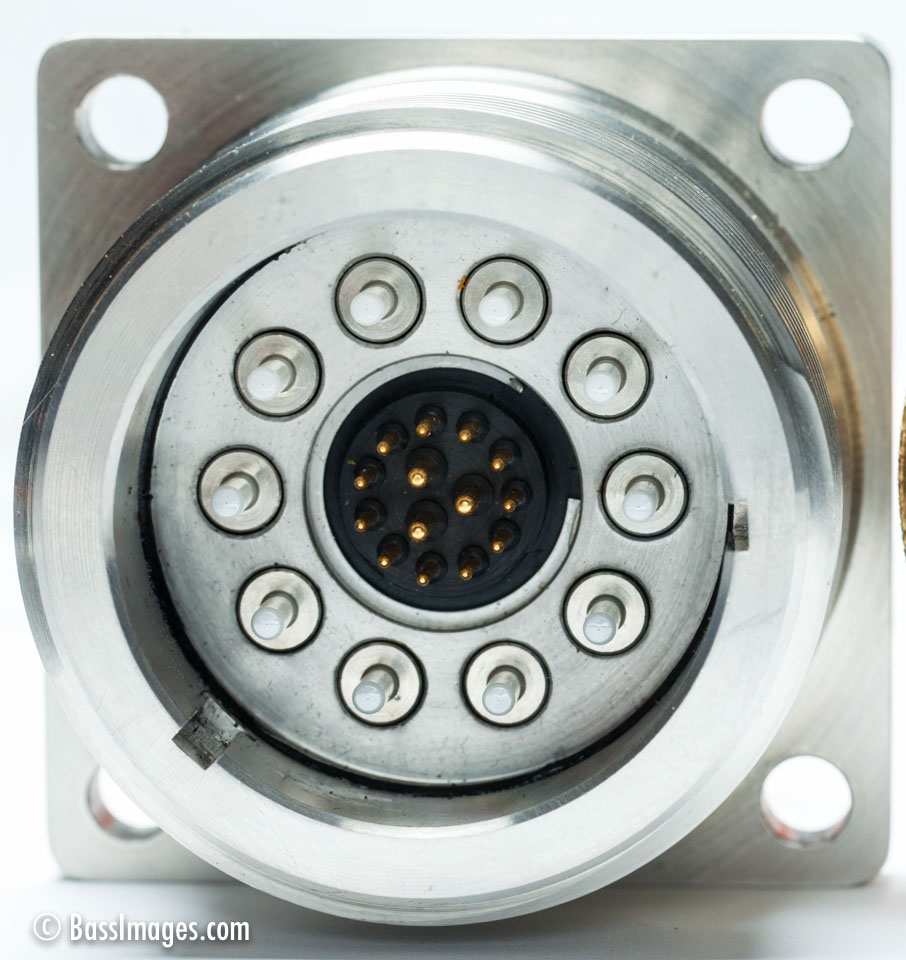 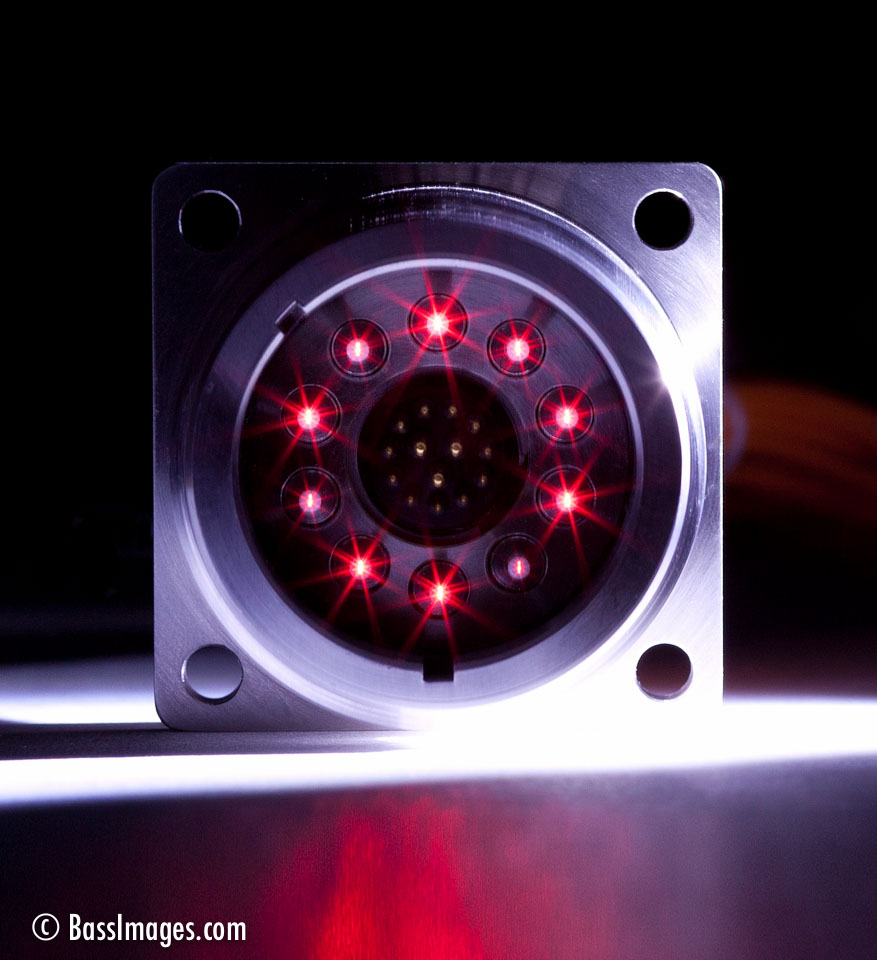 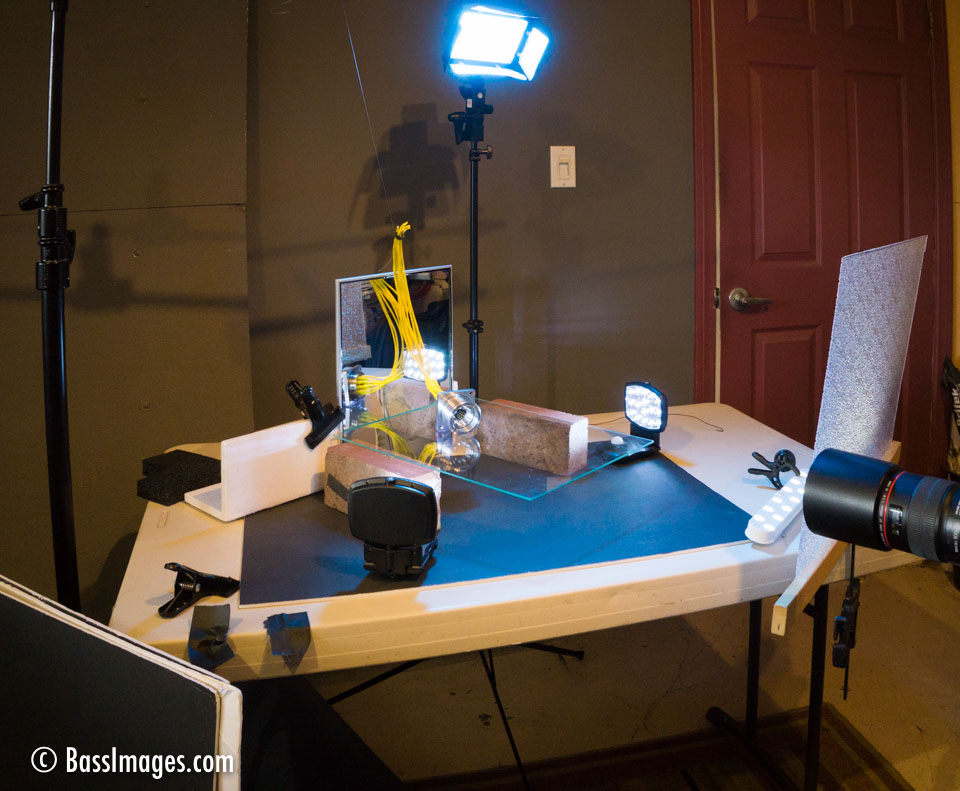