Good Times at the Maritime Museum 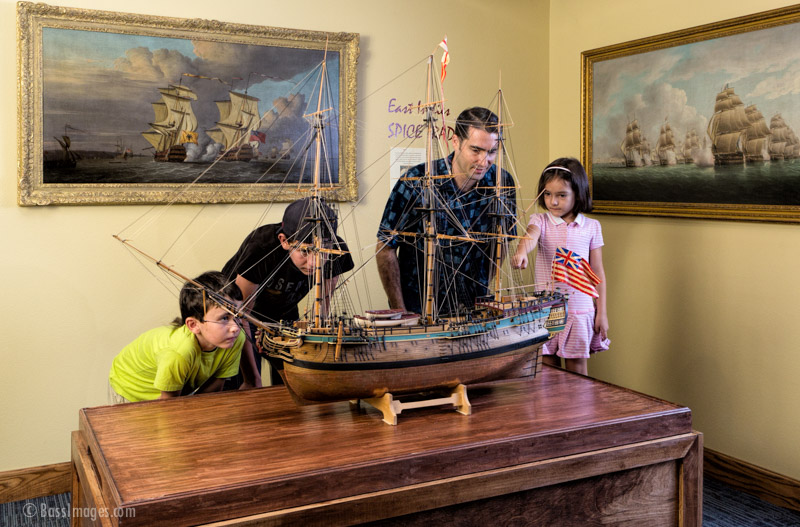 One of the hidden gems at Oxnard’s Channel Islands Harbor is the Maritime Museum, home to priceless ships models and oil paintings. I was there a week ago to photograph some images for their website and promotional materials.

The ships models lend themselves to close inspection, a great family activity. I cast the photograph with a dad, daughter and two sons to demonstrate the point.

The model below is one of several rare models carved of bone by French prisoners of war during the Napoleonic wars. Many were prisoners for over a decade and were encouraged by their British captors to engage in craft making to pass the time and earn money for themselves. 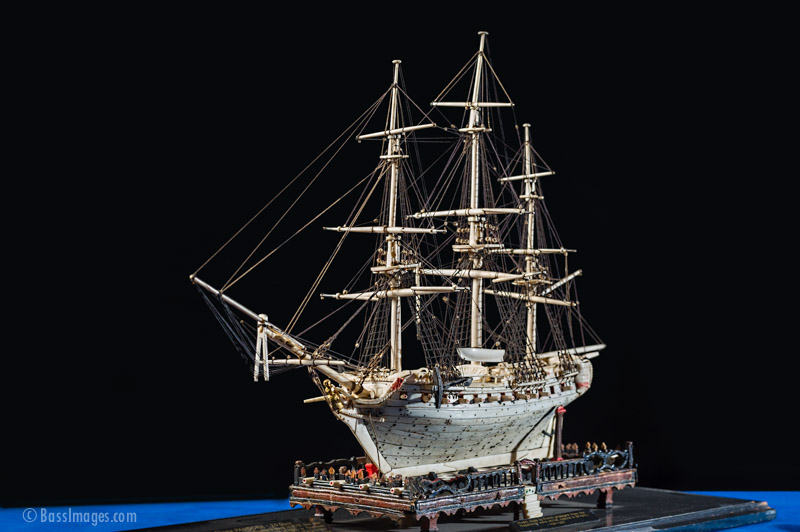 The details on all these models are astonishing. This model is approximately 24 inches long. Look at the details of the seaman on the figurehead, including his whiskers and the way his right foot rests against the hull.

As I was shooting these with a sharp, macro lens, the docent assisting me would see the images previewed on my iPad and say he was seeing things he had never noticed before. There is that much to discover. 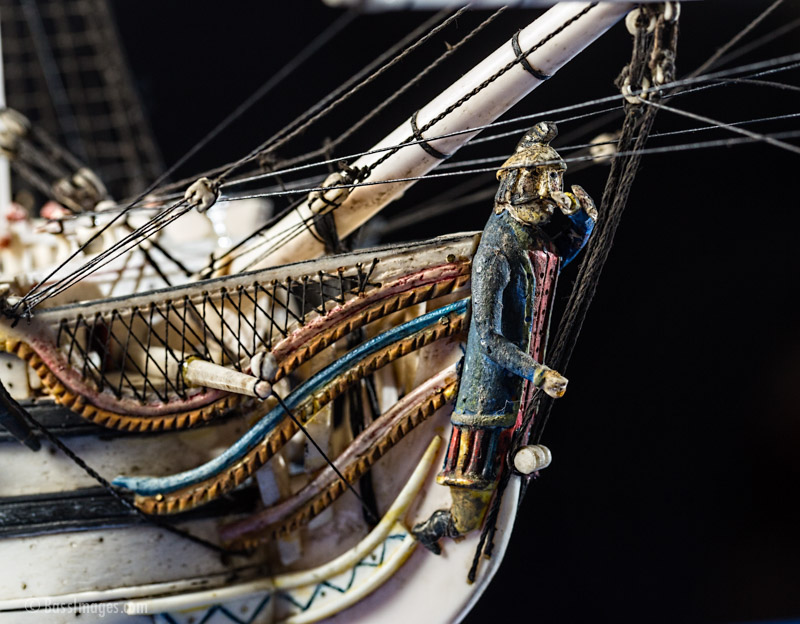 Al;as, I didn’t have to time adequately photograph any of the paintings. That will have to come at another time. 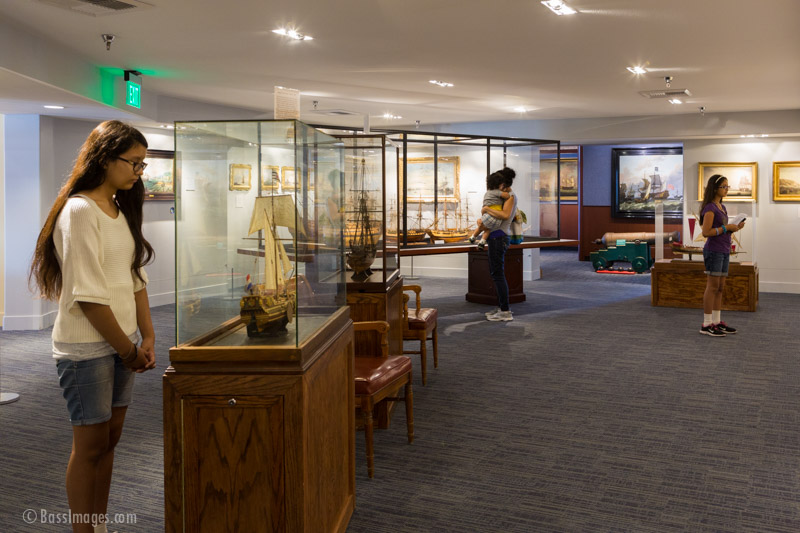