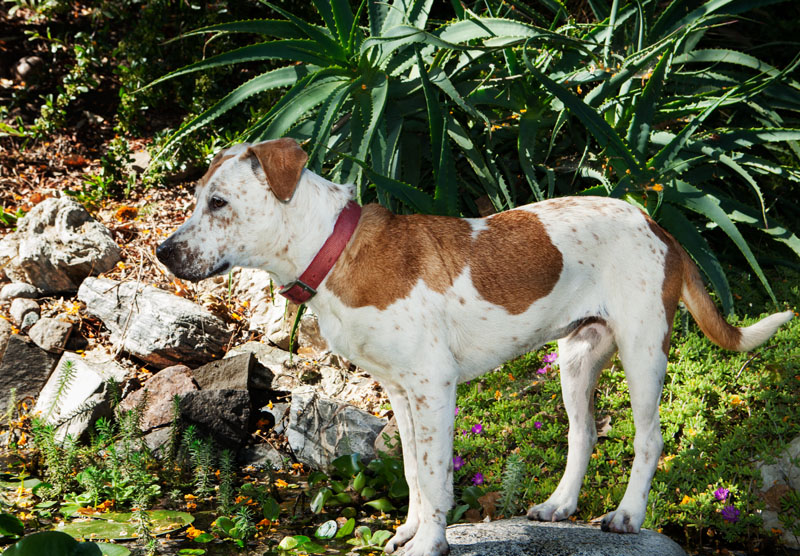 Last summer I got a call asking if I was up for photographing some “really sad dogs and cats.” The site was the Camarillo Animal Shelter, a place I knew well. The images were later used for a cover story in the Ventura County Reporter.

I do get sad when I visit the animal shelter—sad that I don’t own a Ponderosa-sized spread where I could keep dozens of dogs. I get the same sad feeling in pet shops. When it comes to dogs, I want one of each. Or more. 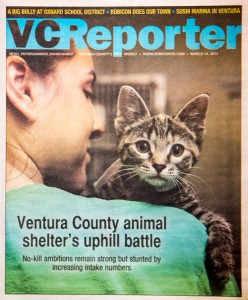 Anyway, the shoot was early in the morning. I got there first and heard the dogs talking amongst themselves. The last thing I wanted to do was shoot a dog inside the cages. I noticed three ladies at the counter and learned they were there to pick up their lost dog.

Perfect! Nothing sad about that.

We got their permission to photograph them and I quickly looked for a place with decent light. Good luck. It was hard, bright summer light. I found a spot of shade in the meet-and-greet yard, arranged the ladies in the shade and had them bring in the dog. Then it was just a matter of documenting the moment.

After that, I shot some more with the staff and went on to the cats, snakes, rabbits and, yes, a horse.

In the puppy section they brought out a 3-month old who they’d guessed to be a border collie (doesn’t it look a bit large for that breed?). I showed the photo to the family and they all decided we should adopt it. We got there 30 minutes too late; someone else beat us to it. So we took a tour and found Stella. She’s the second dog we’ve adopted from the Camarillo Shelter, and the second dog who was our second choice (we lost a coin flip the other time).

Both of those dogs have been great finds: quirky, good natured, smart and happy to makes themselves at home, even though it’s not the Ponderosa. 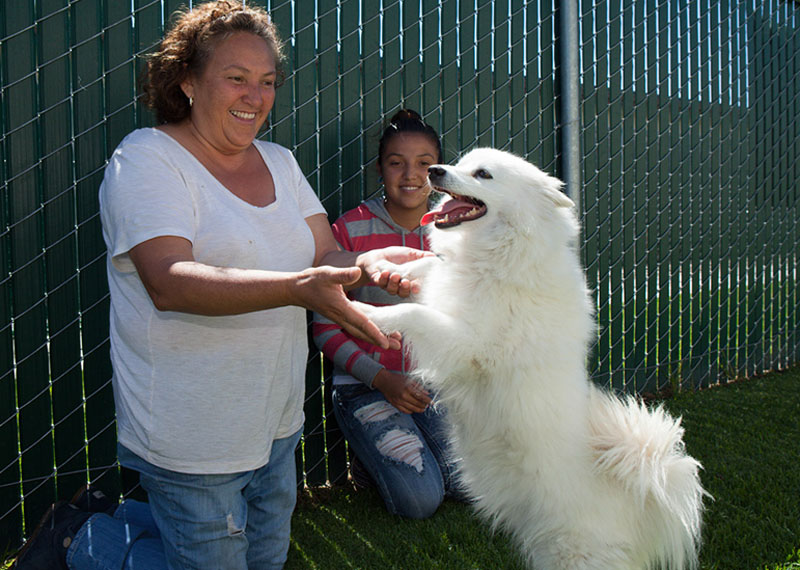 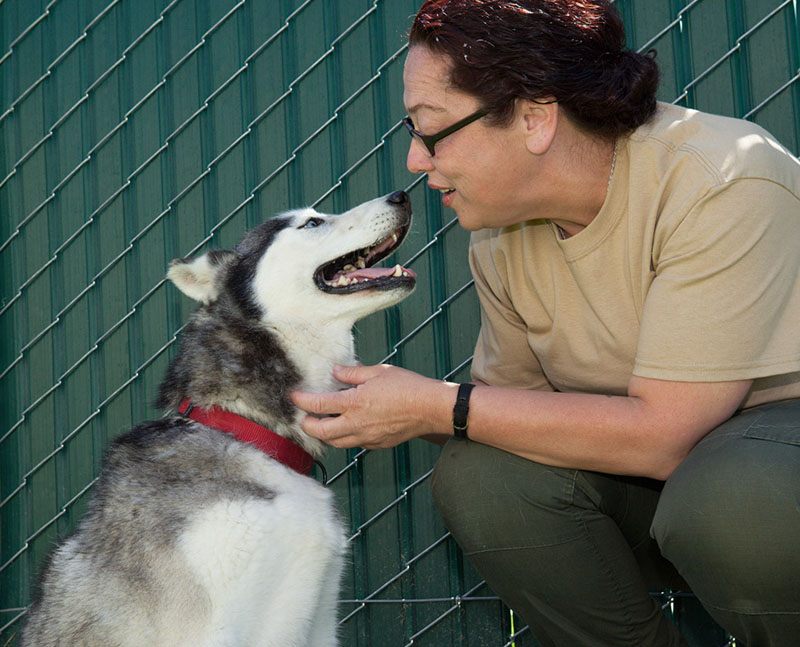 The staffers are dedicated, loving caretakers. 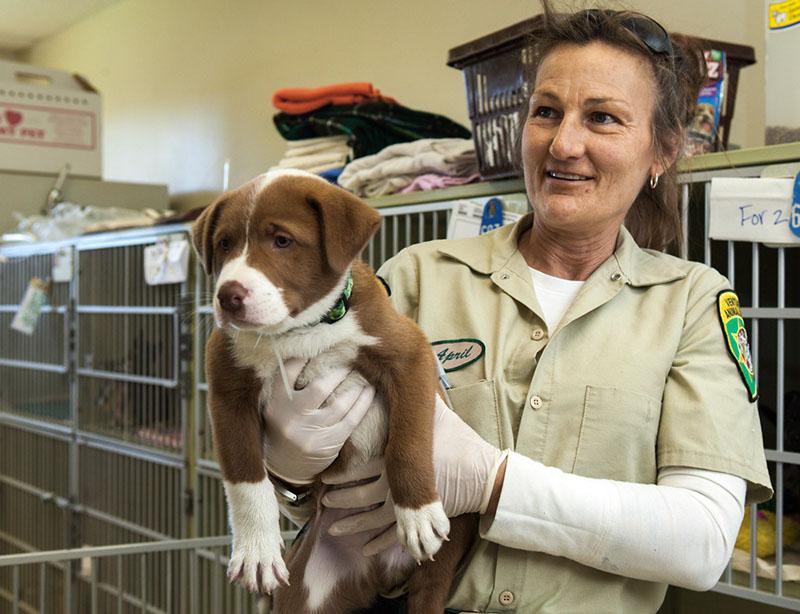 We were going to adopt this puppy, but lost out. 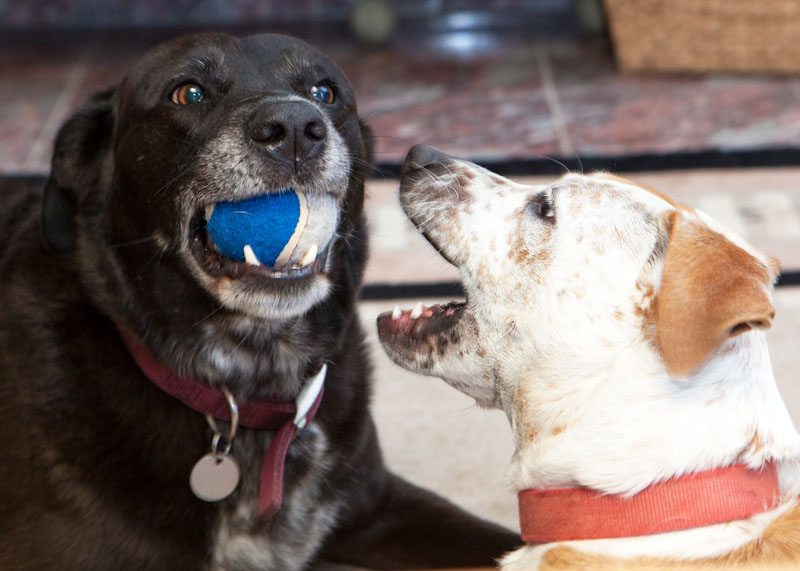 Miles has the ball. Stella, the new pup, plans to take it away.  They became instant friends. Both dogs came from Camarillo shelter, but ten years apart. We’ve determined Stella to be a catahoula.