Meet you at the station 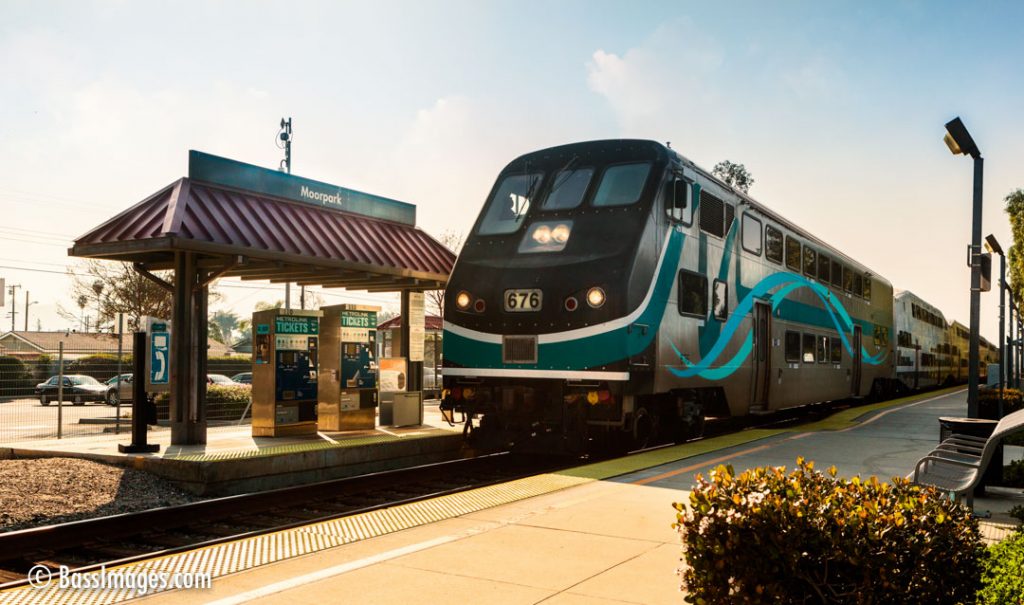 Debates once raged on photographer websites about whether it was impure to rely on Photoshop to make an image. Purists argue: get it in the camera. Of course any smart shooter, given the chance, prefers to shoot a final image in camera and be done with it. But sometimes that’s neither smart nor practical.

For example, Ventura County Credit Union wanted an iconic image of Moorpark for a new branch in the city. As a quintessential bedroom community, Moorpark doesn’t have too many iconic spots. However, the Metro station is pretty nice and has the benefit of bearing the city’s name.

The deadline was tight, so I drove over and was pleased to see a train on the tracks, facing the right direction. What was awful was the light: gray and flat. I could wait for a better day, but the path of the sun would always backlight the train. Not good. The “bad” sky was actually a blessing. With no hard shadows or gashes of light, I had an open palette to work with. I just needed a good composition to work with.

The first image is what I saw when I arrived. I wanted to catch the train just clipping the edge of the shelter, so I waited about 20 minutes for the train to move and took my shot.

Then I took the image into Photoshop, deleted the sky and replaced it with an image that featured some soft clouds. Then I cleaned up details in the image, brightened/toned the train on the shadow side, made the headlights brighter and finally, changed the tone of the image to look like it was late afternoon.

The last image is from a mural at the Moorpark branch. I believe the image is also being used on debit cards. 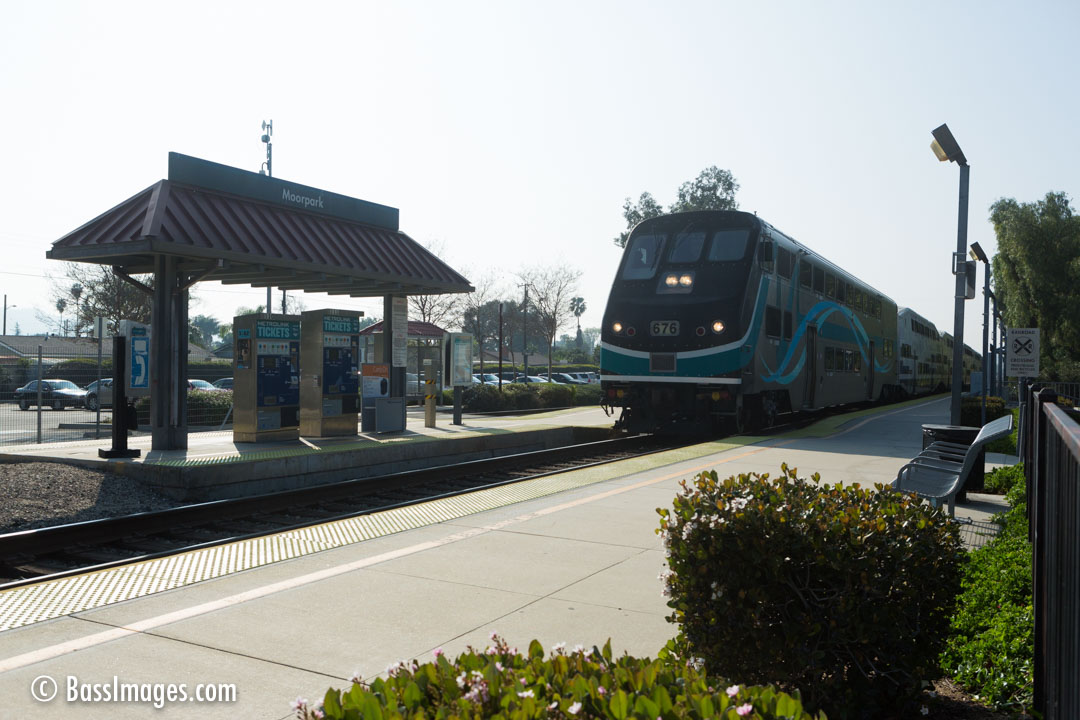 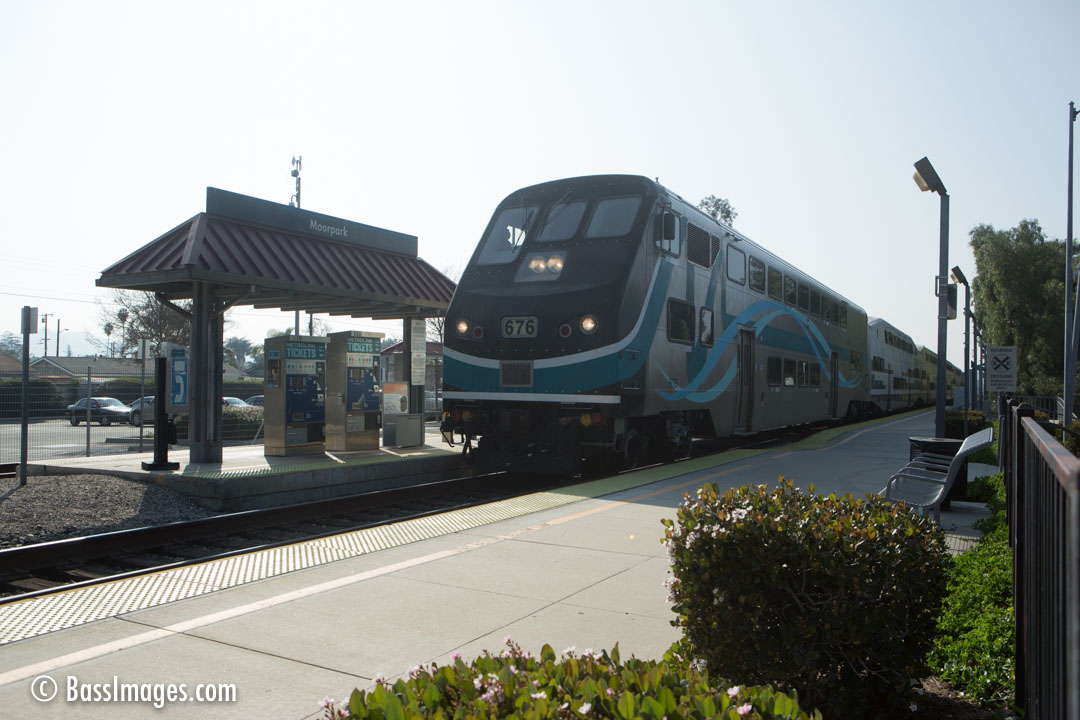 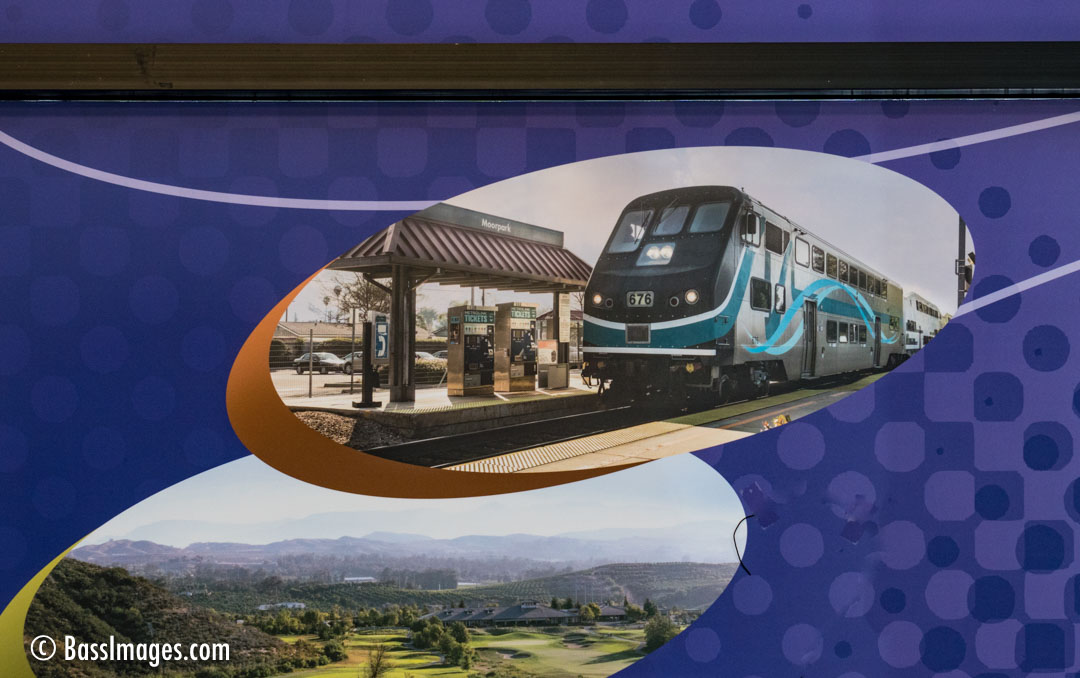