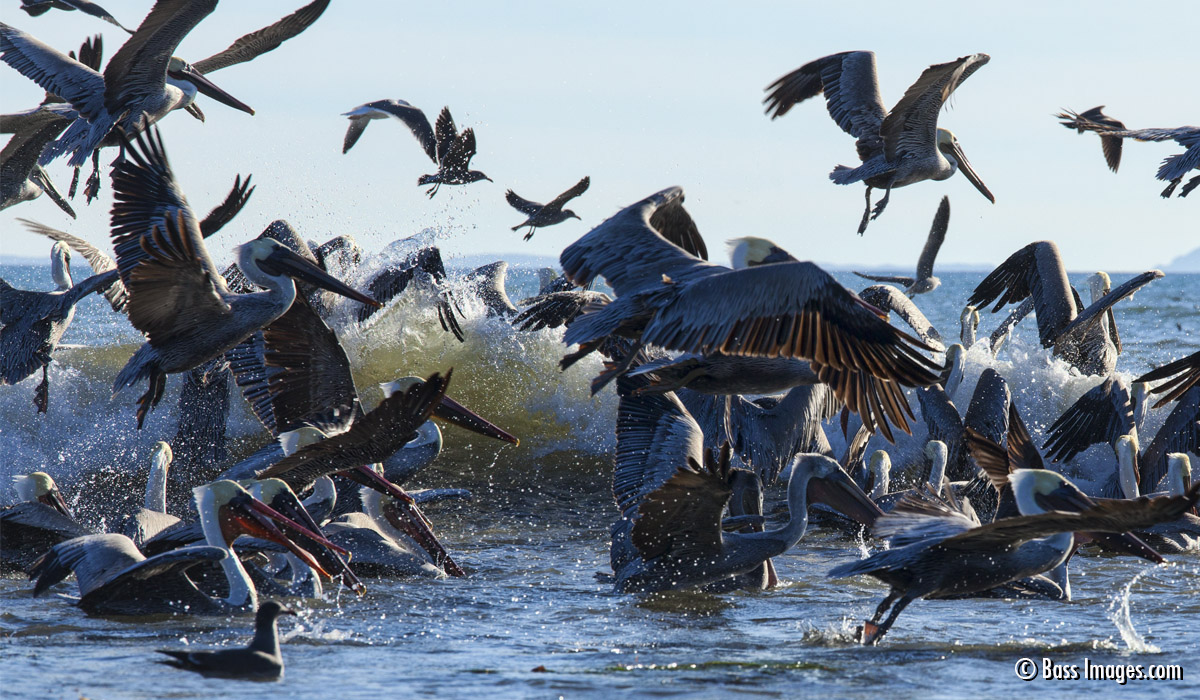 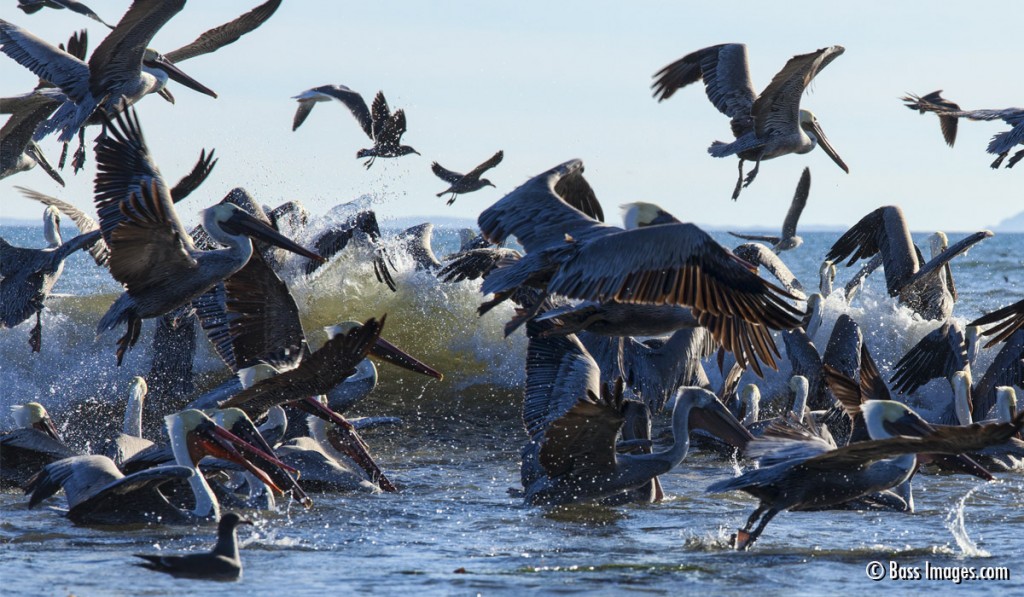 I went to the Ventura Pier  in Ventura, California  on 11/12 to shoot a background shot for an upcoming annual report cover.

I arrived early and heard a hubbub down the beach — a lot of birds were making a lot of racket — so I switched to a telephoto lens and walked down to investigate.

Pelicans are common at the beaches here. Normally you see them gliding along solo or in squadrons of up to 30. But this was something more rare, a feeding frenzy. The tide was quite low, a negative tide in fact, which made it easier to get close to the show.

As you can see from the image above, and the images in the gallery, there were hundreds of pelicans and a few gulls. They were located in two spots about 30 yards off shore. A fisherman told me the action had been going on for 2-3 hours.

A local craggy-faced surfer told me he’d never seen anything like it before, at least this close to shore. Visitors gathered to speculate what was taking place. Food was the obvious answer, but I didn’t see birds flying in and out — it was mostly the same flock. How many fish could they eat and not sink?

Someone else guessed they were mating, but that would be awkward. Besides, they are known to mate on Anacapa, one of the Channel Islands in the background of some of the images.

A woman speculated — I loved this — that it had something to do with earth’s magnetic pull and maybe global warming. Her fella wasn’t so sure, but was sure we human beings will wipe ourselves out eventually.

Farther down the beach I met a woman who was shaking a clam shell like a rattle. We talked. She explained that she comes from Chumash Indians and that they would know what the pelicans were up to. I am sure she’s right. When you make/take your living from your immediate environment, you know these things.

As I left, I spotted two young teenage girls holding hands and spinning around, oblivious to the spectacle just down the beach.

Click the image above to open the full gallery