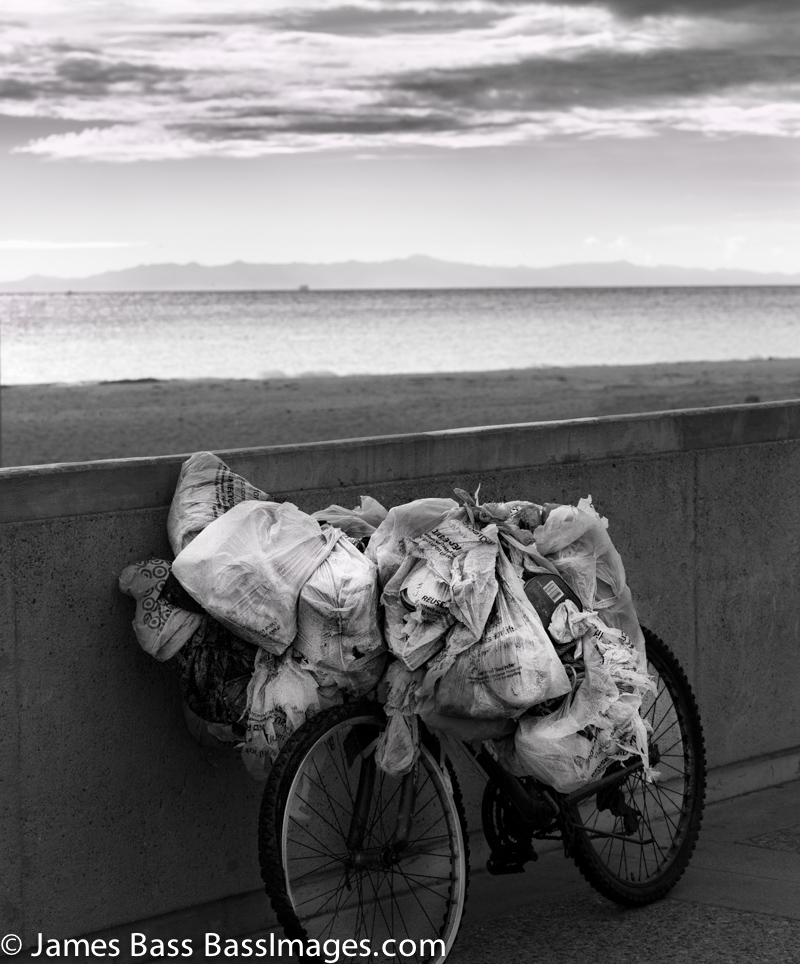 As I finished a photo shoot in Ventura last November, the light was promising and the conditions clear. So I stopped off at the Ventura Pier to grab some nice shots of the Channel Islands.

But things change and the light was rather ugly by the time I arrived. Still, as I was heading toward the pier I noticed this bicycle propped up against a wall. It wasn’t the first time I’d seen it there. Clearly, it was the property of a homeless person.

I shot a few frames and converted it to black and white. I thought nothing of it until I was contacted by Community Action of Ventura County, which works with the homeless. They were preparing an 8-page tabloid insert into the newspaper and wanted some images.

When they saw this image, they decided to make it their cover. I also donated another image of a man and his dog that I shot on Main Street in Ventura.

I think the cover image works because it conveys the sense of homelessness without rubbing the viewer’s face in it. People are much less likely to look away.